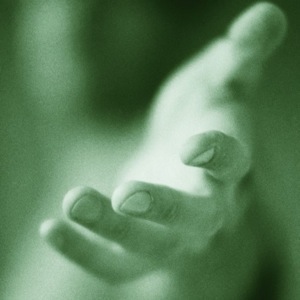 How hard is it to find Redemption?  I mean really is it that hard?  Some people seem to think that it is a very difficult thing to do, or they don't see the need for it, but it really isn't that hard.  I guess it all depends on your theology and your view of God.  Some people see God  as a ethereal entity that is off in the distance somewhere.  Other people see God as this vengeful angry deity that is waiting for someone to slip up so He (or she in some views of him) can strike them down with bolts of lightning.  Still others see God as disinterested and distant than anything that is relevant to this world and its goings on.  There are a few people who identify God as redeemer.

Since I have been talking about redemption, I figured it is time to define some terms:


Redeem
1. Compensate for the faults or bad aspects of (something).
(for my purposes the word bad can be replaced with negative)
2. Do something that compensates for poor past performance or behavior


Redemption
The action of saving or being saved from sin, error, or evil

It is hard to discuss these words without having some religious or blatantly spiritual tone.  In Christianity, Christ is the redeemer of humanity by saving us from the effects and the dangers of sin.

In the story of Ruth, Boaz is identified as a kinsman redeemer. He was a relative of Elimilech, Naomi's husband, and Ruth's daddy-in-law.  According to the Law of the people of Israel, when a woman is widowed then a male relative from their husband's family, preferably a brother, should marry her and provide offspring so that the honor of the man who died and his line will be preserved.  Boaz was in that position for Ruth.

Although it should have been difficult to reach him, Boaz continually made it easier and easier for Ruth to approach him.  He demanded that she only glean in his fields,  he gave her the opportunity to eat with him. He continually gave her blessing after blessing, and provision after provision.  In Chapter 3, Ruth with the prodding of Naomi positioned herself in a place where Boaz could be found in the threshing room where the wheat was processed (for lack of a better word, and to avoid detailed explanation.) It is important to note that women were not allowed there, and it was a huge celebration.  Well after Boaz was well fed and well liquidated, he rested and slept on the floor.  Ruth uncovered his feet and lay down beside him.  When Boaz awoke and found Ruth there this happened:

9 He said, “Who are you?” And she answered, “I am Ruth your maid. So spread your covering over your maid, for you are a close relative.”

She simply reminded him of his task and asked for him to redeem her.  She asked for REDEMPTION!! That was it.  She asked from the person who could provide what he was obligated to provide.  Then this happened:

10 Then he said, “May you be blessed of the LORD, my daughter. You have shown your last kindness to be better than the first by not going after young men, whether poor or rich. 11 Now, my daughter, do not fear. I will do for you whatever you ask, for all my people in the city know that you are a woman of excellence. 12 Now it is true I am a close relative; however, there is a relative closer than I. 13 Remain this night, and when morning comes, if he will redeem you, good; let him redeem you. But if he does not wish to redeem you, then I will redeem you, as the LORD lives. Lie down until morning.


He said (and I am paraphrasing for those who did not understand the above):  "Sure why not? Let me talk to a guy, and we'll work things out."

There was no complicated task she had to do, or hoops she had to jump through. All she had to do is realize her need, determine from whom she could receive it, and ask for what she needed.  Boaz made the rest easy.

Redemption is available to us.  It is as near as the request for it.  We simply have to ask God for it. Can it really be as simple as that?  YES!  God doesn't want it to be difficult.  He makes it easy for us to come to Him. He doesn't want us to exist in our state of sin and suffering the bad effects of it.  He wants us to come and know him.

Until tomorrow
Shalom
Hair
the Theolobster.

PS.  I think I fixed that problem with the comments.  Give it a try.
also here is the sermon that goes with this blog. In case you are curious
http://www.youtube.com/watch?v=Ou-WeUsjogI&feature=g-all-u&context=G27764eeFAAAAAAAACAA