Ever notice how some people never get good service.  You know the people I'm talking about.  They are the ones in the restaurant belittling the waitress while she is off spitting in their food.  The guy who sends his plate back three times.  The lady at the WalMart who is griping that the cashier is taking too long or no one wants to help her finding anything in the lawn and garden section.  These people can be male or female, but they are always the victim of other people's stupidity. 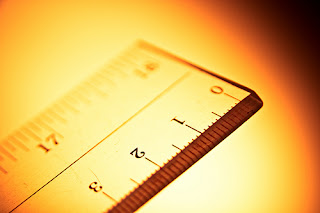 I am reflecting on this today of all days for I encountered one such person today at the McDonald's.  I awoke early for prayer time at Widener and then made my way to WalMart to collect supplies for a care package we are sending to a friend in California.  I was hungry so I went to Micky D's. I ordered a biscuit from the Hispanic woman at the register with no problems. As I was standing there, this hurricane of a woman and her entourage entered complaining that the drive-thru people were incompetent and could not understand her "simple" order.  She was from Philly, and was saying that if she was in Philly then she wouldn't be having these problems.  See we were in Eddystone which is outside of Philly near Chester. (that information is for those who know where that is. for the rest of you it might be worth Googling. if you don't care then it's not necessary.)  Well this woman came in and did not care that A)  I was standing there or anyone for that matter, B) she automatically assumed that everyone that worked at McDonald's was stupid, and judged everyone by what she saw and where they were from. She gave her order again and had the cashier (the same one I dealt with) read it back to her.  There were 2 special sandwich combos, three more sandwiches all had extras and tweaks to the order or sandwich and 2 had drinks and others did not.  It was not a simple order.  There was a mistake in the reading back and the customer was offended.  It was too the point that she got the manager involved.  She did not even show the manager the respect any person deserved.  I was standing there appalled that anyone could treat so many people so poorly.  I tried to step in and give some help, but anything I could have done was small, pointless, and ignored.

It is a matter of respect when dealing with people.  Everyone is a important to God and to someone.  I remember the Golden Rule.  I may have learned it in kindergarten.  It says something like "Do unto others as you would have others do unto you."  In fact, this is a Bible verse (Luke 6:31, Matthew 7:12).  It is the one Bible verse that everyone in the world knows.  It is more popular than John 3:16, and is a lesson that everyone would do well to learn.

You see, I dealt with the same people and had a pleasant experience.  I usually operate in a realm of respect.  I know that it is earned when it is given.  It cannot be demanded and it cannot be bought.  However, it can be lost and hard to get back.    If you go into a situation expecting people to be stupid and worthless then you will get lousy service, but if you go in expecting people to be people and treating them with respect then you will receive the respect you give.

Give it a try and SEE WHAT HAPPENS!
Shalom
Hair the Theolobster